10 signs you are obsessed with running 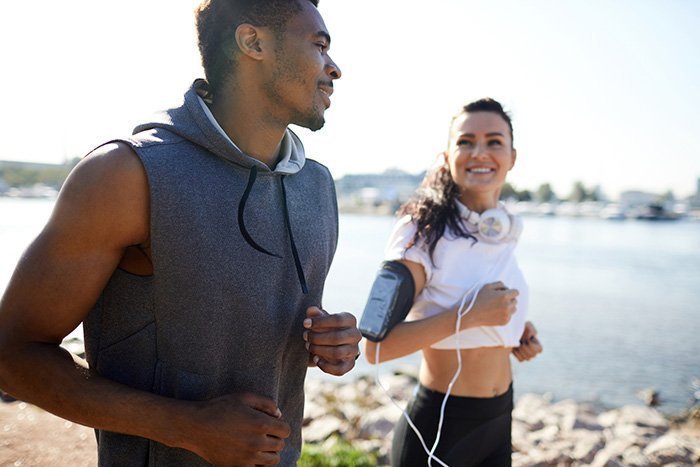 Look, it is always important to stay healthy and active. Running is a perfect form of exercise that not only improves cardiovascular activity, builds muscles and helps burn calories, but can also provide therapeutic ability for those looking to clear their minds. That being said, we can all point out someone who sort of takes the whole jogging thing a bit too far. Whether it is suspending your lunch break to get a quick 5k dash in or missing a friend’s wedding because it was on the same date as the New York City Marathon, there is such thing as runner’s obsession. While an addiction to sprinting is better than a dependency to cheeseburgers, there is a difference between exercise and a fetish. Here are 10 signs that you could be obsessed with running.

Your kids are always late to school
If you are often finding yourself having to explain your child’s tardiness to your teachers as a consequence of good weather and a new pair of running shoes, then you just might have a problem. Remember, education is always first and foremost.

Justifying your dessert
When it gets to a point where every slice of cake or scoop of ice cream is being carefully calculated by how many calories in each spoonful divided by the amount of miles jogged this morning, perhaps it’s time for an intervention.

Pre-workout perspiration
You are in a meeting for work, fingers constantly tapping the table while your face is dripping with sweat. But this is not because you forgot to fill out your TPS reports. Your condition is the result of not being able to conduct your morning run because you accidentally slept in. Hopefully your boss doesn’t notice.

Re-examining your wardrobe
This is your third weekend of shopping in a row, except none of these trips have resulted in a new dress or an expensive suit. Instead, your possession of compression shorts, headbands and tank-tops has increased by nearly 300 percent.

You are feeling a tad fatigued
You have canceled dinner reservations at your favorite seafood restaurant, turned down free tickets to the opera and chose not to spend the weekend at your father-in-law’s beach house in Connecticut. Why? Daily marathon training has completely eliminated your social life. Remember that taking a break sometimes is just as important as reaching the finish line.

Knowing the neighbors too well
If you are finding yourself becoming aware of the fact that your nextdoor neighbor Carl only mows his lawn on Tuesday mornings, Cindy down the street never bothers to pick up after her cocker spaniel or that Chris likes to put up his Christmas lights in late October, perhaps your neighborhood jog is happening a tad too often.

Frequent beard compliments
If running has become such a huge priority to your mornings that simple hygienic actions have taken the back burner, you might need to step off the treadmill and look into the mirror. Remember, beards are always better on island castaways and guitarists in cheap sunglasses, not on young professionals such as yourself.

Awkward water cooler conversations
You are running so much that you have absolutely no idea who won the football game, which movie won best picture or which celebrity checked back into rehab. As a result, no one wants to talk to you at the office, and your colleagues have stopped inviting you to Friday happy hour. Enlighten yourself and catch up on your pop culture.

Your spouse is suspicious
Your poor significant other is spending another morning reaching across the bed and waking up to an empty indent of where the person they love once used to keep them company. Your spouse might start to suspect something if your excuses for your constant absences are, “I went out for a jog.” Rekindle that fire and at least invite them along for the run.