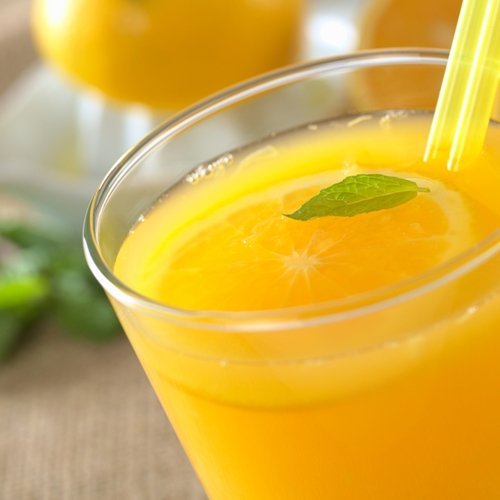 Going with your gut can either be a positive example of successful intuition or an impulsive, and ultimately regrettable, fast-food decision. But what if the inside of your gut was the secret to increasing metabolism and losing weight, regardless of an intake of greasy burgers and salty French fries? Recent studies are showing that it is not necessarily what you put in your stomach that can pack on the pounds, but what you are not ingesting that could be the key to staying trim.

It's obvious that consuming a hearty meal of drive-thru junk food isn't necessarily the greatest thing for our bodies. However, the Florida Department of Citrus has produced a study that determined that all you need to offset the odds of an extended gut after fast food is a little orange juice. Volunteers were brought on board to consume a 910 calorie breakfast of two sandwiches and hash browns, and two-thirds washed their meal down with either sugared or regular water and the rest with orange juice. Those who didn't drink the orange juice were found to have increased stomach inflammation and high blood pressure, while those who did showed no signs of either symptom, all while eating the exact same meal.

While orange juice is rich in antioxidants that could have countered signs of inflammation, it was the increased blood levels of the molecule endotoxin, which is produced by outer walls of various types of bacteria, found in the non-orange juice drinkers that had the researchers the most intrigued. When the body experiences elevated levels of endotoxin, the immune system responds with inflammation to help flush out the excess molecules. Since the fast food didn't contain any bacteria, the meal must have conjured it out of pre-existing endotoxin stored in the stomach's microbes, single-cell organisms that work as together an ecosystem in bodies. The orange juice appeared to have the opposite effect by not provoking the bacteria.

Bargaining with bacteria
The subtle difference of adding orange juice to a high calorie and carbohydrate meal can make or break those few pounds tacked on to your gut. It's important to understand that what you put into your body depends more on how it reacts to bacteria in your stomach, rather than the meal's nutritional value, that curves weight gain. By adding a little vitamin C or flavonoids to whatever it is you are about to eat could be all you need to avoid indigestion problems and steer clear of a beer belly formation. Other benefits of consuming daily regimens of antioxidants include:

Along with weekly exercise, managing how your gut bacteria breaks down foods can ensure a healthier lifestyle, even if you are giving in to the occasional junk food temptation. Daily trips to the drive-thru or the ice cream parlor are not going to do you any favors, but snacking in moderation with the right dietary habits is not a big deal. So respect the gut, or it might choose to turn on you.

Previous Post
New WHO guidelines cut sugar intake in half
Next Post
Out with the old, in with the new?