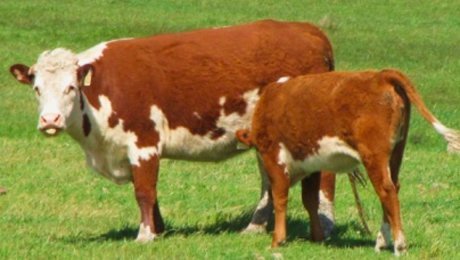 (Via: Natural News) Dr. Daniel G. Clark, author of Colostrum, Life’s First Food states: ” … bovine colostrum rebuilds the immune system, destroys viruses, bacteria, and fungi, accelerates healing of all body tissue, helps lose weight, burn fat, increase bone and lean muscle mass and slows down and even reverses aging.” Colostrum is in the milk that any mammal produces just before giving birth. It becomes part of the mother’s first food for the newborn to provide defenses against pathogens and to stimulate growth. After a short time, this wondrous substance that supports rapid growth and disease prevention is no longer in the milk.

Glutathione Is Provided by Colostrum

Glutathione, or GSH, is considered the ultimate antioxidant. But it cannot be supplemented orally because it gets disassembled in the gut before it can get into cells where it belongs. It has to be manufactured internally, mostly by the liver. People with serious debilitating diseases, including cancer and AIDS, usually have low glutathione levels.

GSH regulates other antioxidants and triggers the immune system response with lymphocytes, or T and B white blood cells to counterattack pathogenic invaders in our bodies. Glutathione is composed from three amino acid precursors – glycine, glutamic acid and cysteine. Cysteine is the missing link rarely found in our food.

Cysteine can be toxic in the gut, but cystine, which is two bound cysteine molecules, is abundantly present in colostrum, and it passes through the digestive system for the cells to break it down into two cysteine molecules. Yes, colostrum has these three amino acids raring to produce GSH for you!

It appears there are information feuds festering a bit between colostrum providers and whey based GSH precursor providers, each claiming their product outperforms the other. But research has shown no significant difference between properly processed colostrum and whey for glutathione production.

Colostrum outperforms whey in other areas to offer a complete package. Anti-aging depends more on certain hormones that diminish as we grow older. Enter the coveted growth hormones and growth factor isolates. A small amount of Growth Hormone (GH) is available. Since it’s very potent, a small amount is good enough to have an impact.

With colostrum you get glutathione plus other immunity factors. Remember, this is first food for just born mammals. They need all the immunity they can get.

Immunoglobulins found in colostrum destroy bacteria and neutralize microbes and toxins in the lymph and circulatory system. Lactoferrin, a protein in colostrum, is antiviral, anti-bacterial, and anti-inflammatory.

Proline-Rich Polypeptide (PRP) in colostrum is a hormone essential to the thymus gland, which regulates the immune system up or down as needed.

Make sure the colostrum is complete with fats, and is taken from properly raised cows shortly after giving birth. In addition to matching whey’s ability for providing glutathione production, colostrum offers even more anti-aging potential and rebuilds your immune system.