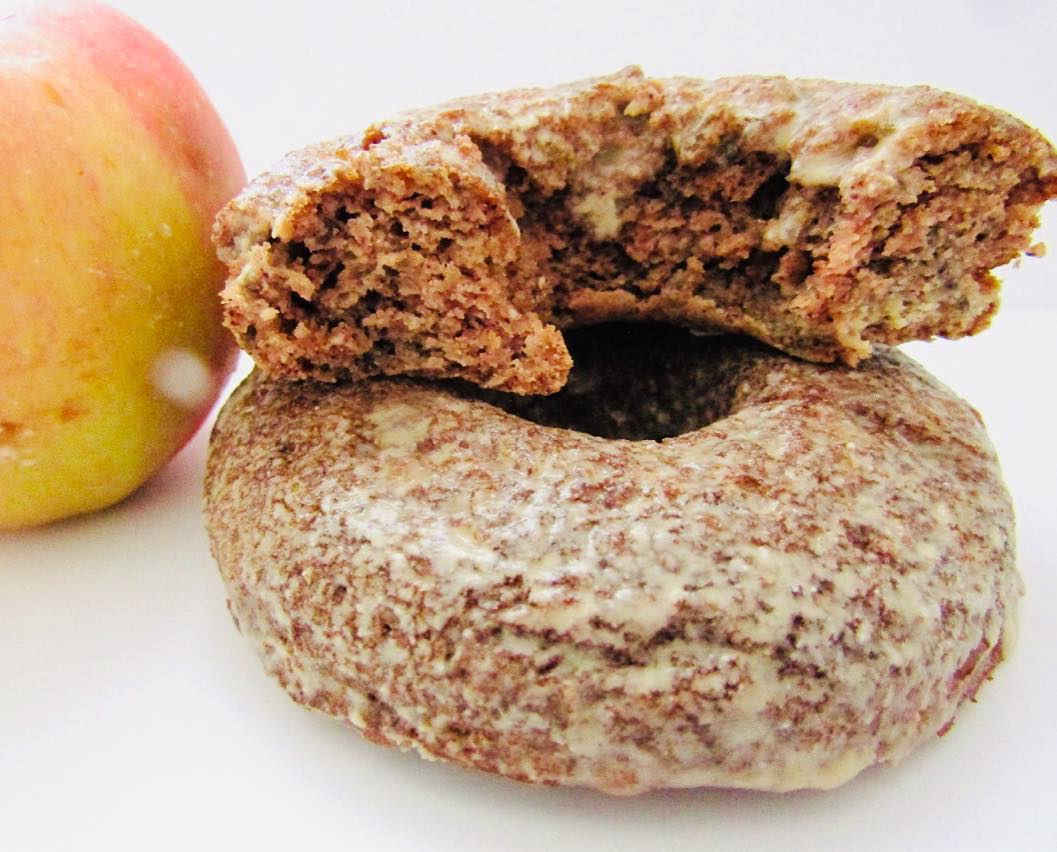 Get yourself into the fall vibes with this delicious and festive recipe for apple cider donuts! These donuts are not only healthier than your average donut but they are also gluten-free and vegan. Recipe and photo is courtesy of Peonies and a Latte.

To substitute for the egg, you will mix chia seeds with almond milk.  After a few minutes, they form a paste and this helps “gel” your mix together, just like the egg does.  The chia seeds add fiber, protein, omega-3s and a good amount of minerals.

Preheat the oven to 350F and spray the bottom of a donut tray.  Combine the chia seeds with the milk and let sit for about 10 minutes until it forms a gel paste.  Heat the apple cider on low and reduce until it’s about 50% down in volume.  Let it simmer until the chia seed gel paste is done.  Mix the dry ingredients and wet ingredients separately.  Combine them together until everything is well-incorporated.  This mix is enough for 8 donuts, approximately 4.5 tbsp of mix per donut.  Bake the donuts at 350F for 15 minutes.  Allow to cool on a rack.

For the frosting:  Warm up the coconut oil and butter in the microwave until they melt.  Add the pea protein powder and combine until everything is well incorporated.  Dip on side of the donuts in the glaze and return to cooling rack.

Store the donuts in the fridge in an airtight container. Put sheets of wax paper in between the donuts to prevent them from sticking.

If you’re looking for more fall recipes to go with these donuts, try our Apple Pie Smoothie.