Golfing in the fall 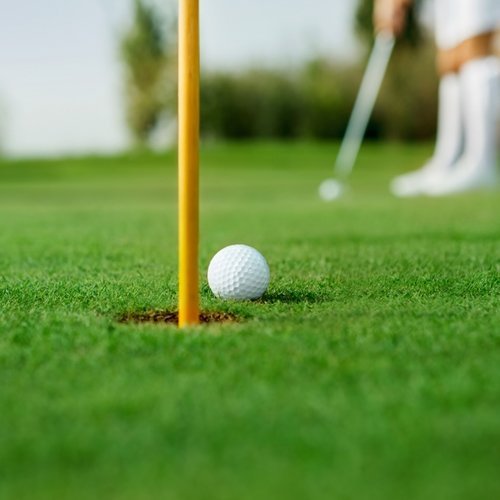 Golfing is a great social sport to do with friends, family and colleagues. The sport is relaxing for a lot of people because of the concentration and focus needed to play. And now, the best – and perhaps most underrated – season for golf is upon us! Say goodbye to waking up at unbearably early hours to get a tee time before it's sticky hot outside. Aside from being generally fun, playing golf has many health benefits as well. Though it's not a high-energy sport and no one typically thinks of golf as requiring abundant endurance or strength, research has shown that the physical activity required is associated with a decreased risk of injury and even less risk of death in middle-age adults.

According to a small-scale study by Finnish researchers, which was published in The American Journal of Medicine in August 2000, mostly sedentary middle-aged men who golfed had lower cholesterol and less risk of injury than mostly sedentary men who did not golf. In another study by Swedish researchers at the Karolinska Institutet in Stockholm, which was published in the June 2009 edition of the Scandinavian Journal of Medicine & Science in Sports, they analyzed data from more than 300,000 male and female golfers in Sweden. The researchers found that, compared to standard mortality rates, those who golfed had a 40 percent reduction in risk of death, which means their life expectancy was about 5 years longer than the average in Sweden. So golf definitely has some important health benefits.

If you're ready to hit the links this autumn, here are the top five courses for basking in resplendent fall foliage: