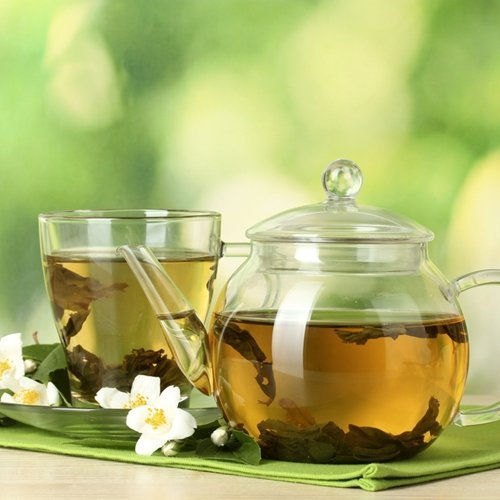 Tea has been enjoyed around the world for thousands of years, and its origins are said to be in China, where it was enjoyed for its medicinal purposes. With such a long history as a popular drink around the world, it shouldn't be surprising that tea's effects on health have been well studied. Here are some of the research-driven health benefits of green tea:

Research by Harvard and other institutions revealed that people who drink green tea frequently are more likely to have better heart health than others. It's uncertain why this is true, but it might be due to the evidence that green tea lowers total cholesterol and ups good cholesterol levels.

Other studies indicate that green tea might play a part in improving bone health and reducing one's risk of having fragile bones. This could be for various reasons, including that the antioxidants and anti-inflammatory properties of tea stop or reduce the breakdown of bone that often happens when people age. Additionally, some researchers think that green tea can stimulate bone-building activities in cells.

It's not certain, but some evidence suggests that tea – especially green tea, due to its high rates of catechins – can stimulate weight loss by raising the metabolic weight through thermogenesis. Of course, if proven true, green tea wouldn't be a magic bullet for weight loss but just a potential tool to use.

The reason green tea is so good for overall health is its high concentration of flavonoids – antioxidants from plants. One main group are catechins, which prevent cell damage from various environmental sources. In fact, green tea contains six different catechins. Other things in green tea are alkaloids, which includes caffeine, theophylline and theobromine, all of which give it stimulant effects. Finally, a component called L-Theanine calms the nervous system.