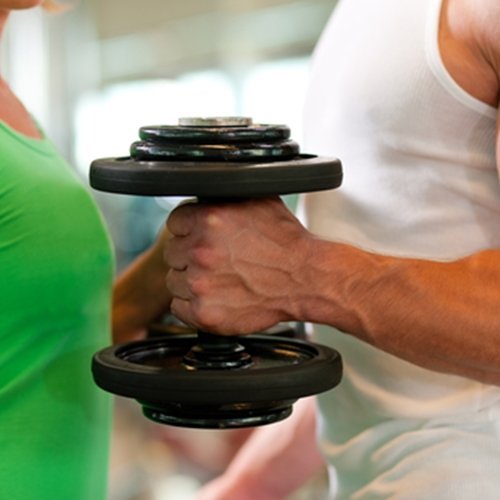 When some people want to build muscles fast, they will turn to steroids to get the job done. We often find out about steroid use when a major scandal hits – big name athletes revealed to have been using steroids to boost their performance. However, people outside of the professional sports industry use them as well, often with complete disregard or lack of knowledge about the serious health effects. Not only is steroid use illegal, but it also damages your body and brain. Here's some information on steroid abuse and the serious health consequences:

Steroid abuse
Many types of steroids, including anabolic, are legally prescribed by doctors for people with hormone deficiency, AIDS, cancer and delayed puberty. But steroid abusers take doses that are 10 to 100 times higher than those deemed safe for medical use. There are three types commonly abused: anabolic-androgenic steroids, androstenedione and human growth hormone.

Anabolic steroids
These steroids are often injected, taken orally or occasionally applied as a cream. Our bodies produce anabolic steroids naturally in the form of testosterone, which affects the body in two ways: It promotes muscle building with anabolic effects and the androgenic aspect produces facial hair, a deeper voice and other male traits. Anabolic steroids are most often abused in synthetic form and are said to make muscles bigger but also reduce damage that occurs during a tough workout, decreasing recovery time. They can be very addictive and often may cause these health issues:

Androstenedione
​Our adrenal glands, ovaries and testes naturally produce androstenedione, which is converted to estradiol and testosterone in both males and females. Andro can be prescribed by doctors, but athletes and bodybuilders illegally use it to recover more quickly from workouts and train harder in the first place. However, studies have shown that andro does not have these effects – instead, it is rapidly changed into estrogen in the body. Also, it may cause many of the same issues as anabolic steroids.

Human growth hormone
Also known as gonadotropin, this hormone is injected and abusers believe it improves endurance and strength. However, studies have shown few positive effects. Instead, HGH causes adverse effects such as:

Instead of using steroids, those looking to boost muscle mass should seek guidance in carefully planning a workout routine composed of muscle-building activities, and they can also supplement their diet and workout regimen with protein powders, which help boost muscle mass.