How does Olivia Wilde stay fit? 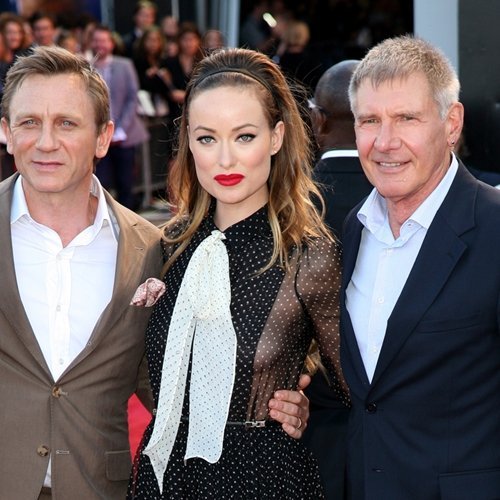 Whether she's playing svelte Quorra in the "Tron" film series or the secretive-but-sexy Dr. Thirteen in "House M.D.," others look to Olivia Wilde for tips on how she stays healthy and fit.

Veganism
It's a well-known fact that Olivia is a fully committed vegan. In fact, she was named PETA's Sexiest Vegetarian Celebrity in 2010. In an interview published in the January/February 2011 edition of Women's Health Magazine, she and the interviewer spent some time at a vegan macrobiotic hut on Venice Beach. Though one can't speculate what Olivia eats, a vegan diet is typically much lower in fat and cholesterol than that of meat-eaters, and it includes several other health benefits: it can lower cholesterol and blood pressure and decrease one's risk for cancer and heart disease. Olivia said she likes to experiment with leafy greens and other veggies she finds at the farmers' markets.

Staying active
In the same article, Olivia also reveals that she has a varied and active workout routine, including biking, hiking, taking ballet and modern dance classes, doing yoga and attending spin classes. She said that to fit into her snug and sexy cat suit for "Tron" she did 45 minutes of cardio per day and added in martial arts, weights and cross training to get her fabulous muscles. Olivia revealed that, though it was fun, being muscular is not a priority – at least not until the next film.

"It's not my natural resting state," she told the magazine, "Striving for physical perfection takes a lot of energy."

Tips from her "Tron" Trainer
But if you liked Olivia's look in "Tron", you can get her results. After the first film, Olivia's trainer, Patrick Murphy, revealed to Self magazine that Quorra's role required a demanding combination of strength, balance, stability and grace, all of which Wilde perfected with a specially designed routine. He said that many of his celebrity clients use his circuit workout:

"These multi-dimensional, compound exercises help many of my clients gain muscle and burn mass calories, giving them the lean look that they strive for," Murphy told the source.

The regimen includes 5 to 10 minutes of cardio, followed by a circuit of various lunges, squats, bicep curls, shoulder presses, rows and pushups. This routine is very similar to the one Olivia used for her role.