Hello Everyone, I’m Team Naturade athlete Dustin Hinton and I just wanted to introduce myself and share a quick smoothie recipe with you.

Less than 2 years ago I was a 5’7′, 220lbs. single dad, with a serious gut, I couldn’t swim one lap, I didn’t own a bike, and a 1-2 mile run would be a sheer terror for me to complete. After losing a family member to cancer, very quickly, I decided to make a big change. I’m pretty much an all or nothing kind of guy so I immediately picked a huge goal.

My goal was to complete the Ironman Louisville 140.6 mile triathlon in front of my hometown, my family, and my friends, and more importantly, my 4 year old son Boston would be at the finish line. In my mind I had this one idea, If I can complete the Ironman I would have to get into shape. 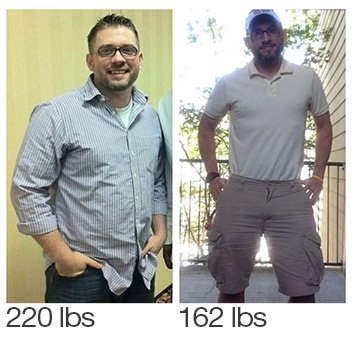 It’s a 2.4 mile swim, 112 mile bike, and a full 26.2 marathon with a 17 hour cut off. So just get to the Ironman, the right way, by eating clean, training hard and smart, and being honest with myself. But my goal had another twist, I wanted to do this plus complete every other race distance in within ONE year… I wanted to go Couch to Ironman in one year… Everyone thought I was a nut…

During the process I became Vegan, started eating super clean, joined a local running group, cycling group, taught myself how to swim from YouTube videos, I completed 5k’s, 10k’s, Olympic Triathlons, Half Marathons, Full Marathons, 70.3 Half Ironman Triathlons, Century Rides, and by the time I was in the car driving to home for Ironman Louisville I had lost 58lbs. On August 26th, 2012, I jumped in the water at Ironman Louisville at 7am and 140.6 miles later I was holding my son at the finish line as an Ironman. A dream come true.

It doesn’t end there. I have been training hard, learning, getting faster, physically stronger, and mentally stronger. I am about to take on Ironman Mont-Tremblant 140.6 mile triathlon (The Ironman North American Championships) in Quebec Canada on August 18th. I also Qualified for the Hy-Vee U.S. Olympic Distance Championships on Sept 1, 2013. As a Naturade Athlete I want to show you how to train smart, hard, stay healthy, eat clean, and consistently live an active healthy lifestyle. I look forward to writing some fun articles, giving you my favorite recipes, and connecting and reaching out to anyone who needs a little advice or maybe just a little pep talk.

I’m Dustin, and this is my son Boston… First, I’m a dad before anything else, after that I’m a 31 year old vegan expatriate Hoosier living right outside of New Orleans, LA.

On June 12th, 2011 I had a bit of a wake up call and began my road to the ironman 140.6 mile endurance event and after that I’ve got some big plans, so it won’t end there… This is my outlet to vent, rant, promote, and let everyone know what’s up.