Kissing a pig for diabetes 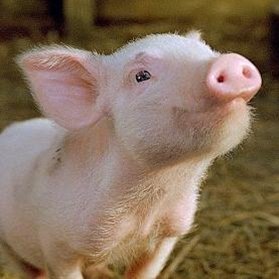 Last March marked the 12th annual Kiss a Pig Gala for the American Diabetes Association in Rogers, Arkansas. The event was an evening dedicated toward spreading awareness about the disease as well as celebrating the individuals and companies who are working hard to make a difference in improving the lives of all of those affected.

Naturade was on hand to lend their support for a night of charitable hospitality, which eventually led to $1,150,000 being raised to go toward not only continuing the ongoing research of finding a cure for diabetes, but helping improve the lives of more than 26 million Americans who are currently living with the condition.

Prominent members of the Northwestern Arkansas community took part in the ceremony, which featured the kissing of pigs as an ode of recognition to one of the first means of production for insulin. In 1922, Frederick Banting and Charles Best revolutionized the medical field with their innovative experiments in extracting the pancreas tissue of pigs to manufacture a form of insulin that the world had never seen before. Since then, insulin production has provided millions of people with the proper means to efficiently monitor their blood sugar levels and store excess glucose in the body for added energy.

The sold out gala event featured a crowd of over 1,700 people from local and national companies who collectively were able to exceed charitable donation expectations of $575,000 by 200 percent. There are currently more than 35,000 people in the Northwest Arkansas region alone who will benefit from funding for educational programs and treatment options aided through the generous donations.

It is through Naturade and many other companies’ contributions that the fight against diabetes is able to flourish and continue changing lives.