Longevity secrets from the Okinawans 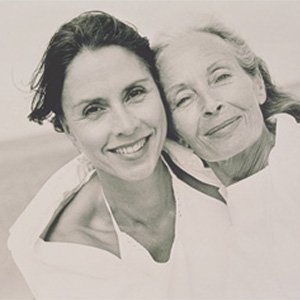 Since 1976, when the Okinawa Centenarian Study began peering into the lives of the longest-lived, their lives have become valuable guides, pointing researchers toward some surprising revelations. With roughly 50 centenarians per 100,000 (as much as five times more than in the United States), Okinawa has been the epicenter for research, along with the Mediterranean island of Sardinia (known for its 100-and older men), and Nova Scotia, where people have twice the chance of living to 100 as in nearby New England.

Just how do they dodge disease and mortality? Genes do play a role. The lucky one-fourth of us who possess a variant of the FOXO3A longevity gene are twice as likely to live to 100. But geriatrician Bradley Willcox, MD, who helped discover that gene in 2008 and co-directs the Okinawa Centenarian Study, stresses that genes aren’t the only factor. The other 75 percent of centenarians stay healthy through healthy lifestyle choices. These include calorie restriction and even more social interaction.

Daphne Miller, MD, an associate clinical professor in the department of family medicine at University of California San Francisco, traveled the globe—from Mexico to Iceland—to explore places where people experienced low rates of modern chronic diseases, such as diabetes and heart disease. She found that most have a diet rich in immune-boosting fermented foods (from Okinawan pickles to Icelandic yogurt), omega-3 fatty acids (from Nova Scotia fish to African nuts), and chemical-free, locally grown veggies and meat.

Along with diet, exercise, and avoiding tobacco, social connections are another important determinant of longevity, says Miller. One recent study from Rush University Medical Center studied 1,238 seniors over age 78 for five years and found that those with “high purpose in life” (a rich spiritual life, close family, meaningful hobbies, good friends) were half as likely to die during the follow-up period as those without.

“In Okinawa, they call it ikigai,” explains Willcox, noting that Okinawan elders are highly valued and sought after for advice. “It’s something to look forward to every day, something that gives life meaning.”

Contrary to the image conjured up by the word “centenarian” (an absent-minded elder suffering from the ravages of Alzheimer’s), research shows that as many as 25 percent of the 100-plus crowd show no sign of cognitive decline at all.

Furthermore, among those who do experience dementia, it didn’t surface until 92 or later. “Many believe the ageist myth that the older you get the sicker you get,” says New England Centenarian Study director Thomas Perls. “If this were true, it would follow that most if not all centenarians should have Alzheimer’s disease. Numerous studies disprove this assumption.” In fact, the same factors that prolong life can keep our minds sharp well into the golden years.

[half] 1 Stay lean. One 40-year study of 1,152 twins found that those who were overweight in midlife were one and one-half times more likely to develop dementia by age 65.

3 Move it. A daily one-mile walk reduces the likelihood of dementia by 50 percent, says George Washington University neurology professor Richard Restak, MD.[/half] [half_last]4 Try new activities. Researchers at the Mayo Clinic recently asked 1,300 people, ages 70 to 89, about their daily activities in middle age and in the previous year. Those that read books, played games, did crafts, and had a rich social life were 30–50 percent less likely to develop memory loss.

5 Be Social. A 2007 study of 823 people in the Chicago area found that “lonely” people (based on a survey given at intake) are more than twice as likely to develop Alzheimer’s than people who aren’t lonely.[/half_last] [hr]