Melony Poviones: Our Medalist in the Making

No Comments
6 years ago 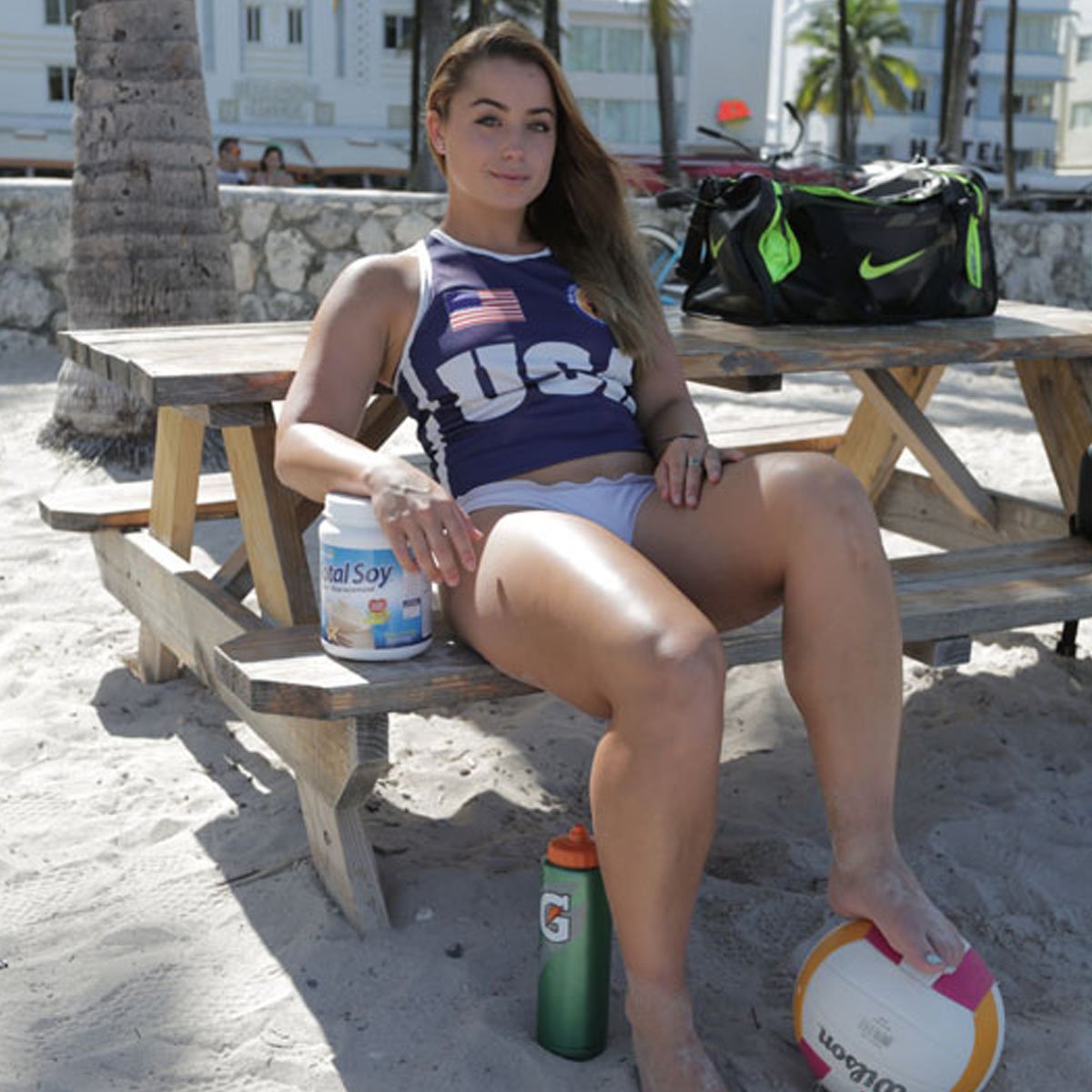 Dedicated. Passionate. Determined. Inspirational. Powerful. Tenacious. Fearless. The marks of a champion. All difficult to manifest yet simple to identify. There were most likely a handful of people who came to your mind after reading that list, and we know one of them to be our newest Total Soy® brand advocate, Melony Poviones.

Melony, a Cuban soccer player from Miami, Florida, developed an unparalleled enthusiasm for the sport throughout her childhood that laid the foundation for countless successes in her career as a professional athlete. Drawing inspiration from other Latino players like Leo Messi, Poviones embraced her Hispanic heritage from a young age, both in spirit and in sport. She began to attract attention in high school where she was captain of the girls’ varsity soccer team for two consecutive years. Shortly thereafter, as a sophomore in college, St. Thomas University recruited her talents. In her three seasons at STU, Poviones scored 46 goals, made 20 assists, became senior team captain, and was presented with the Golden Bobcat Award (the highest honor in athletics at St. Thomas). Her skills and abilities were further recognized in the Spring of 2014 when Melony signed a professional contract with the Houston Aces of the Women’s Premier Soccer League (Elite).

Soccer became a part of who she was as a person. It was an integral component of Melony’s life that shaped her into the strong, disciplined individual she is today. However, after dedicating her entire existence to soccer, Poviones decided to test her skills in a new arena: Footvolley. Earlier this summer, Melony qualified to compete on the US Olympic Footvolley team, and in late June, she was officially selected to play in the 2016 Summer Olympics.

We believe in Melony’s talents, her potential, her values, and her ability make our country (and the Latino community) proud. And after discovering that Melony supports Naturade Total Soy® and actively uses the brand to supplement her diet, we are fortunate enough to welcome her to our team as a brand advocate for the duration of this year’s games. We send her our sincerest encouragements as she volleys her way to gold in Rio! Good luck, Melony! And let’s go, Team USA!