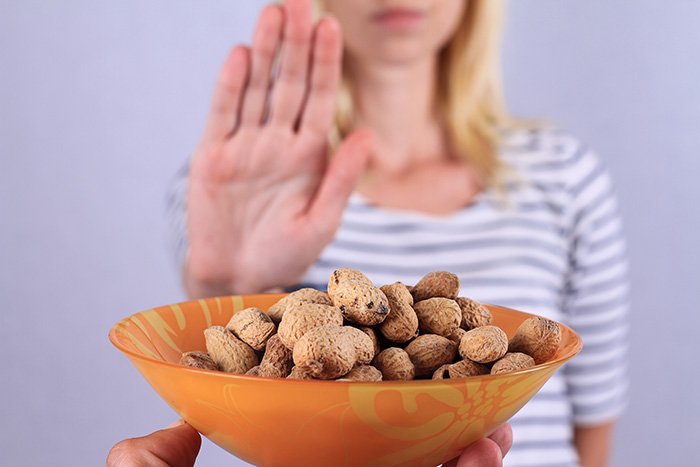 There are an estimated 15 million people living in the U.S. with a food allergy, according to Food Allergy Research and Education, which is a number that has continued to rise over the past several years. Children are at the root of the problem, as the Center for Disease Control and Prevention has reported that food allergies with children has risen more than 50 percent since 1997. While most people are aware of what foods can spawn allergic symptoms, some people are still left in the dark, which is why recognizing the most common forms of food allergies is essential in preventing potential severe reactions in the future.

The list
While anyone can potentially become allergic to just about any food, there are only eight foods that account for 90 percent of all food-allergic reactions in the U.S. Here is the breakdown of those foods:

Nuts
A peanut allergy is typically the most common form of food sensitivity, and symptoms can range from minor skin reactions or digestive problems to severe constriction of airways or loss of consciousness. Peanut allergies are also the greatest cause of food-induced anaphylaxis, which can be a serious medical emergency that can potentially require adrenaline injections.

Peanuts are different than tree nuts, in the general sense that peanuts do not grow on trees as do almonds, cashews and walnuts. However, it is important to note that an estimated 25 to 40 percent of people allergic to peanuts are also prone to hypersensitivity with tree nuts. If you are allergic to one or the other, it is advised to generally stay away from nuts as a whole.

Milk
Milk is the most reported allergy among infants and children, and an estimated 2.5 percent of children aged three years and younger are allergic to milk. The reason why children are prone to milk allergies is due to the high levels of antibodies that are prevalent in cow’s milk, but most children are actually capable to grow out of the allergy the older they become. Blood testing is available from doctors to determine whether or not a child can ward off their milk allergy.

Take control of food allergies
Food allergies are essentially the result of a specific ingredient in a food triggering a hazardous response in your immune system, prompting a wide variety of potential side effects. Practically all food allergies are discovered simply through trying new foods the older you get, and can be extremely unpredictable. Once you’re aware of your food allergy, reading the ingredients on labels is the most important thing you can do when it comes to preventing reactions.

Food labels are required to list when something has a particular ingredient that could prompt allergies. For instance, with wheat allergies, a label will list ingredients with wheat in them in parenthesis, such as flour (wheat). It is also crucial to know your symptoms as well, and always have the appropriate medication handy in the rare instance something you eat unknowingly has the allergen.