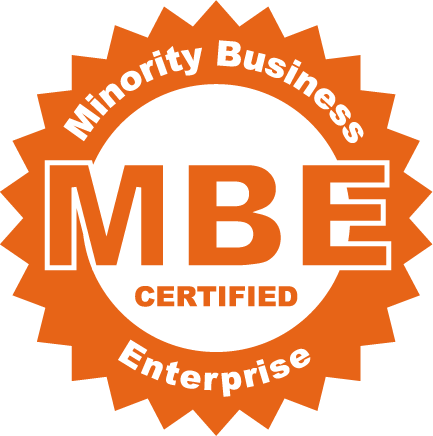 Prevention LLC dba Naturade is a premier manufacturer and marketer of nutritional supplements. Naturade was founded in 1926, and has been a leader in the manufacture of the most efficacious products in the nutrition and supplements sector for decades. The company was recently acquired by Mr. Claude Tellis and Mr. Kareem Cook and is a pleased to announce that it has received national certification as a Minority Business Enterprise (MBE), making it the largest African American owned nutraceutical company.
The MBE certification is the most widely recognized certification for minority-owned businesses in the United States. To receive MBE certification, a company must be at least 51 percent owned, operated and controlled by an ethnic minority U.S. citizen and undergo a stringent review process.
Naturade’s certification was granted April 1st by the Southern California Minority Supplier Development Council through criteria established by the National Minority Supplier Development Council. Naturade will be listed in a national database, which can be accessed by thousands of corporations and businesses across the country. The company’s products are sold in leading retailers across the natural and mass retail channels.
Naturade’s vision is to remain a leader in producing the most efficacious products which meet standards of Whole Foods and major natural products retailers, and at the same time sell products at a value to address the needs of numerous consumers both domestically and internationally.
Claude Tellis and Kareem Cook, who are both African-American and met while they were students at Duke University, acquired the company in 2012. “We’re honored to receive MBE certification, which helps us build a strong platform to expand new business opportunities,” Claude Tellis, Chief Executive Officer of Naturade, said. “The certification and the expansive network of corporate members and businesses will help place our brands in a favorable position for continued growth. Our MBE certification will be especially meaningful to our relationships with those retailers that are engaged in supplier diversity initiatives.”
About Prevention, LLC dba Naturade
Naturade has been well known for its commitment to improving the health and well-being of consumers with innovative, natural products since 1926. For almost nine decades, the company has developed a range of beneficial products that improve health and beauty by restoring the natural balance between nutrients and foodstuffs. Naturade is highly respected as an innovator in the natural products industry, providing natural health products worldwide.
Naturade pioneered the introduction of plant-based protein powders in the 1950s and over the years, Naturade has manufactured and distributed a variety of health-related products including vitamins, nutritional supplements and beauty care products. In 2005, Naturade expanded its Naturade branded product portfolio with the acquisition of Ageless Foundation Laboratories™, anti-aging line with an emphasis on beauty and cosmeceuticals, and Symbiotics™, America’s leading selling line of colostrum-based products which supports a healthy immune response, as well as normal GI tract health.
Naturade’s commitment to quality is well regarded as a standard of excellence in the dietary supplement industry, thus offering a healthier way to life naturally. The company’s priority and standard of excellence demands effective, nutritional quality controls. These controls are integrated through every phase of product development and production. Naturade’s commitment inspires the company to pursue greater and more advanced technology to ensure only the highest quality possible in its products. Additionally, the company is a generous donor to the American Diabetes Association, the American Heart Association and Vitamin Angels.
Naturade is certified as a Minority Business Enterprise.
For more information, see http://www.naturade.com

Previous Post
Just in time for Easter: Chocolate Coconut Cream Pie with Protein!
Next Post
How to Build the Perfect Smoothie