Naturade: On a Mission with Magic to Effect Change 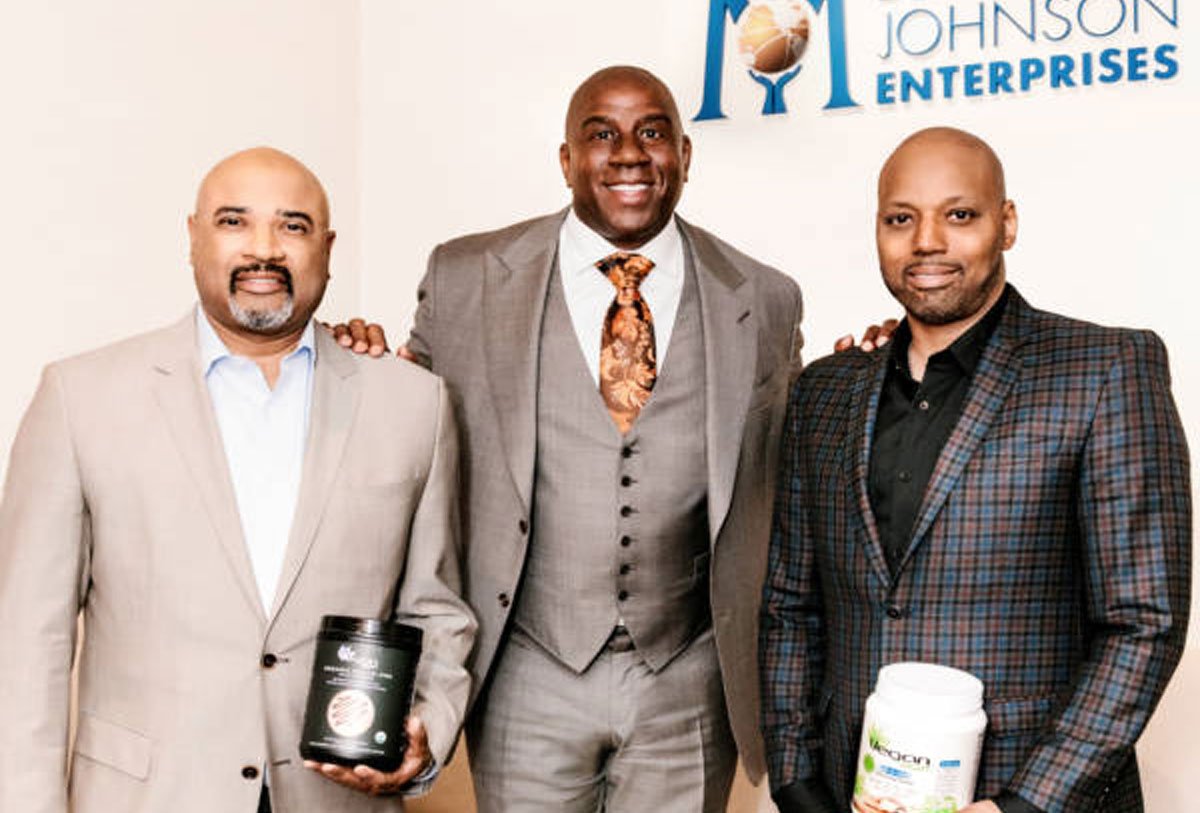 Irvine, CA—In September of 2019, Naturade partners Kareem Cook, CMO, and Claude Tellis, CEO, shared their vision with WholeFoods Magazine: Bring the plant-based revolution to those who need these products the most—the urban communities and food deserts that are underserved by the natural products industry. Now, Naturade is announcing the next big step in making that a reality: They have partnered with Earvin “Magic” Johnson Jr. and Grant Hill—NBA superstars and businessmen who will help amplify Naturade’s message and mission.

“Magic Johnson has been tracking us and watching what we’ve been doing for a few years and he decided to become a significant equity owner,” says Cook.

Naturade: On a Mission with Magic to Effect Change

Explaining how this fits with the company’s goals—above and beyond the bottom line—Cook says, “There are 86 million prediabetics in the country according to the American Diabetes Association. The health supplement industry is a $13 billion industry and growing. Prediabetic numbers are growing as well. How can those two things exist at the same time—how can that paradox exist?”

The problem, Cook notes, is that companies in the natural space aren’t targeting the consumers who need the products the most. “It’s because they don’t think that people who are less mindful of health will buy their products. The goal for most companies is to make money; they want to sell to the Whole Foods of the world—they want to sell to the premium stores where they can sell a product for a high price and people will buy it. And that’s a great business model but it doesn’t solve the problem.”

It’s also a missed opportunity. To illustrate the point, Cook points to Johnson’s success in business: “Magic invested in companies that work in urban communities. He proved that you can put a premium theatre on Crenshaw and it will be a robust business. And he showed that you can put a Starbucks in urban centers. It was a similar paradox. You had all these premium coffee companies popping up all over the place but none were going to urban centers because they didn’t think black folks will pay $4 for coffee. And so Magic said they will pay $4 for coffee…They are just as aspirational as everyone else. So he put a Starbucks on 125th St. in Harlem, and in Compton. He did these things and they became high performing stores to the point where he ended up launching over 100 Starbucks.”

Magic proved out the theory that people in underserved communities will make the purchases if they have the opportunity, Cook says. And Naturade, which Tellis has called a “disruptive brand,” is looking to make that kind of impact in the natural products industry. Cooks shares, “I grew up in the Bronx. Why should people in my family have to get on a bus and a train to get to a Whole Foods to buy these products when they should be able to go downstairs to a local store and have the same access? We’re talking about access. Magic understands that from his own business dealings. He proved people wrong so many times before, and this is an opportunity to prove people wrong again, and to make a successful business doing it.”

Speaking about the partnership, Magic Johnson said, “I’ve followed Kareem and Claude’s journey for some time and their mission aligns well with my own passion to live a healthy lifestyle. I strongly believe in exercise and being intentional about what I eat and drink. Therefore joining Naturade was an easy decision. Together we are proving that if you offer people healthy products that taste good and can positively impact their well-being, they will make the changes necessary to improve their lives.”

Also pointing to the big picture, Cook says, “You’re spreading health and education. For instance the silent killer in our community is diabetes and that’s because it’s cultural to eat a lot of products that have sugar in them. But people don’t realize there’s sugar in things like rice and bread. So the educational component is part of this business—not only just selling products that help people get healthy and lose weight…but also educating people on why they should make changes.”

On the education front, Naturade, which has been in business since 1926 and was purchased by Cook and Tellis in 2012, has a lot happening. “We go to Expo West and all the same places everyone else goes to, but we also go to the Essence Festival, where there’s 500,000 women of color, who fit right in the middle of the community that need the products and education the most. But out of the 30 to 40 companies similar to us that are at Expo West, we’re the only ones at the Essence Festival. And it’s critical that we do that—that we not only let people see us and know that we exist, but that we also educate people on what’s happening.”

Then there’s the star power: “Magic Johnson and Grant Hill and other people will be coming on board who are able to amplify the message because they have such strong followings, and they have people look up to them and respect their decisions in the way they’re living their lives.”

Also on the horizon: Filmmaker Keegan Kuhn, who helped bring us the documentaries Cowspiracy and What the Health, is releasing a vegan documentary titled Hungry For Justice. Keegan worked with John Lewis—aka Badass Vegan and Managing Partner in Naturade’s VeganSmart line—and Naturade will be featured in the film. “The focus is on the hip hop community, and how so many people around that industry don’t eat meat or they exercise tremendous balance in their diets because they understand the danger,” Cook says. “It is going to be very impactful.”

These educational efforts, Cook adds, show more people that they can make a positive change by cutting sugar and adding more plants into their diet. “People are aspirational…and there are some things that they feel are too far out of reach, but this is not one of them. It’s aspirational but achievable. And we’re showing that there are people that you relate to that are doing this already.”