New WHO guidelines cut sugar intake in half 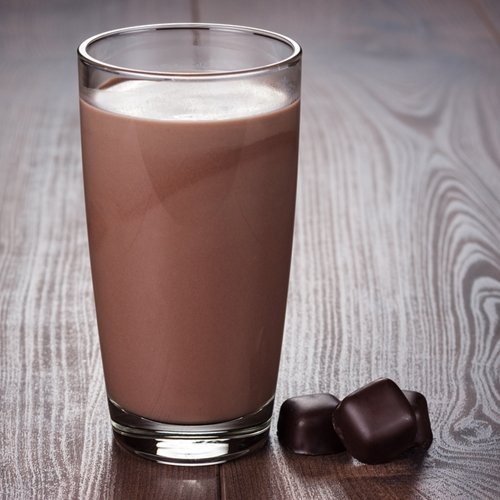 Since 2002, the World Health Organization has recommended that daily sugar intake be no more than 10 percent of a person's daily diet, which equates to about 50 grams. After much scrutiny, the WHO recently cut that number in half, suggesting that sugar make up no more than 5 percent of our daily caloric intake, or 25 grams. This guideline includes sugars that are added to food as well as sugars that are naturally present.

While the guidelines are strictly a suggestion, consuming too much sugar on a daily basis can lead to a number of health issues, including weight gain, tooth decay and problems with attention and memory. The average American ingests more than 152 pounds of sugar each year, which means more than 1,300 grams of sugar per week. That means we are on average consuming eight times more sugar every day than the WHO proposes.

The tricky part about regulating your sugar intake is knowing what foods contain hidden sugars. Many "healthy" foods are advertised as good for your heart or able to lower cholesterol; while often true, foods you might never expect to have sugar often have high amounts of the sweet stuff. Here are some foods, beverages and condiments that are surprisingly high in sugar and should be consumed moderately to abide by the WHO guidelines.

Oatmeal packets
Oatmeal is quick, easy to make and healthy. However, the pre-packaged, flavored oatmeal packets are loaded with sugar – sometimes up to 15 grams. Stick to plain oatmeal and add some blueberries or strawberries for a boost in antioxidants and a sweet, tart flavor.

Milk
While it's an excellent source of calcium and vitamin D, all milk contains sugar. In fact, just one cup of skim milk contains as many as 12 grams of sugar, about half of your suggested daily intake! Add that to a bowl of cereal or oatmeal and you could already be over the limit. Switch out the skim and two percent for some unsweetened almond milk which has zero grams of sugar in one cup.

Flavored yogurt
Another product that's usually labeled as "healthy," flavored yogurts can sometimes carry up to 22 grams of sugar in one eight ounce serving. Avoid the sweetened yogurts and cross over to plain Greek yogurt – just make sure to check the label first.

Salad dressing
With such a wide variety of dressings to choose from, it can be hard to keep track of which flavor contains what. But before you smother that salad, consider this: just one tablespoon of a low-fat French dressing equals six grams of sugar. More oil based dressings, such as Italian and raspberry vinaigrette, hold up to 10 grams per tablespoon. Switching to olive oil or lemon juice dressing can cut out more than 70 percent of sugar per serving.

Ketchup
Ketchup is a practically mandatory condiment for burgers and French fries. But did you know dipping your salty fries into just one little packet adds another three grams of sugar to that greasy goodness? If you are using three packets for one meal, that's nearly one-third of your recommended intake, just counting ketchup. Try using sugarfree, all natural organic ketchup for your next French fry session.

Sports drinks
Sure, they can fill you up with electrolytes and carbohydrates for extra energy, but just 12 ounces of your average sports drink holds up to 42 grams of sugar! Keep in mind that the normal bottle contains 20 ounces, so you've more than doubled the WHO sugar recommendation in only a few gulps. Instead, switch to a Vegansmart Vanilla All-In-One Nutritional Shake, with just five grams of sugar in two scoops, and it's also packed with vitamins, minerals and protein.

Previous Post
Are you a vegan food junkie?
Next Post
Can healthy gut bacteria lead to weight loss?