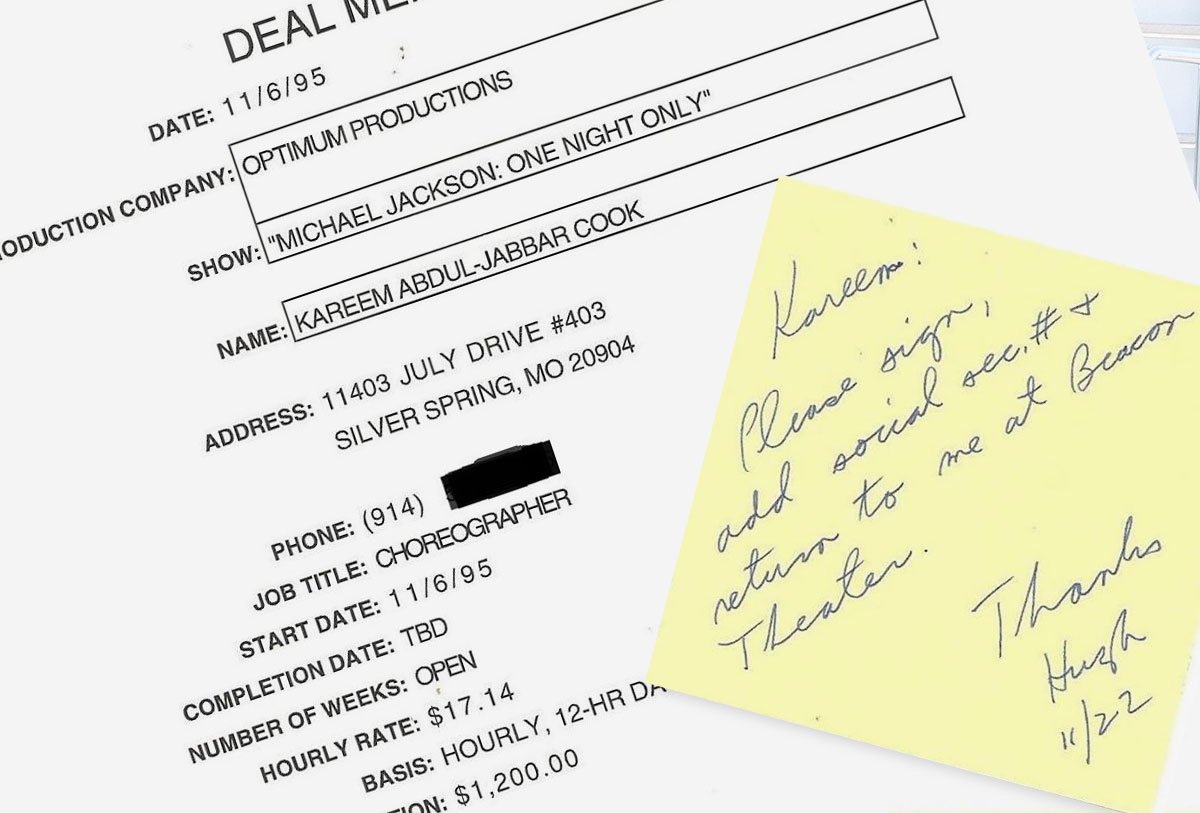 “All of our lives, we have fought this war. Tonight I believe we can end it. Tonight is not an accident. There are no accidents. We have not come here by chance. I do not believe in chance. When I see three objectives, three captains, three ships. I do not see coincidence, I see PROVIDENCE. I see purpose. I believe it our fate to be here. It is our destiny. I believe this night holds for each and every one of us, the very meaning of our lives.”
Morpheus, The Matrix Reloaded

I remember watching Morpheus say that in the Matrix Reloaded and wondered what that word providence meant. I looked it up. Providence: Devine path; path set before you by God. It immediately became my favorite word. There have been many times things have just seemed to fall in place and I just say to myself, “Providence”.

Claude Tellis and I are the owners of Prevention LLC, better known as Naturade. We’ve been business partners for 20 years. Our first venture was a digital media company called GhettReel.com in 2000. We founded Healthy Body Products in 2002 and founded Prevention LLC in 2012 when we acquired Naturade. We have always talked about, and people have always suggested that we write a book with all of the experiences we have had in those 20 years. We will indeed do that, but right now, we figured we’d write a blog to share some of our experiences and thoughts that will certainly be in that book. We hope you enjoy.

The first submission is a question that gets posed from time to time, so I’ll share the full details of the question, “Was Kareem really a choreographer for Michael Jackson?”

Claude and I met in college. We both attended Duke University. I was a year older than Claude and we became close friends his sophomore year when we became fraternity brothers of Kappa Alpha Psi Fraternity, Inc. You could say the seeds of Naturade were planted back then. Claude and I came from big families and just about all of the relatives in our grandparent’s age range suffered from diabetes, and our aunts and uncles were headed in that direction. We talked about how crazy it should seem that people like us are just accustomed to seeing insulin in the refrigerator. But it wasn’t for us, nor most of our friends. A decade later we would found a company to address this crisis.

One of the biggest things black fraternities are known for is stepping and step show competitions. A capella dance routines using hands, feet and in our case, canes for percussion and beats, accompanied by chants. Though the other fraternities might argue this fact, and though our step shows were more exhibitions than contests, we were the best during our years there. I mean, the others were very good, but they didn’t have me, nor Riche McKnight. A unique group of creative cats from urban areas that weren’t trying to lose. One of my fraternity brothers who graduated from Duke’s business school, The Fuqua School of Business saw one of our shows. His name is Hugh Allen and he is the younger brother of Debbie Allen, world famous choreographer, actor, director and producer whose credits include FAME, Grey’s Anatomy and many many shows. He told me Debbie needed to meet me at some point. A year after graduating and moving to Washington, DC, my fraternity brothers at Howard University approached me and asked if I would help put together their Homecoming Step Show routine and be in it. I agreed. We killed that show and Hugh Allen happened to be in the audience. At the time, I was working for an insurance company. I had applied to The Fuqua School of Business, desiring to get my MBA, but I wanted to get some sales experience in financial services. Unfortunately, the group I worked for had a few managers that lacked integrity and some of the techniques we were taught to acquire customers required some misrepresentations that conflicted with my spirit. I decided I would focus of mutual funds and annuities, and no longer sell the life insurance component. The pay, however, was 100% commission and I saw my weekly check go from $700 to $300 to $15. This put me in a dire financial situation. I payed for everything on credit card until they were maxed out. I was determined to win though. Started putting in 20 hour days, 7 days a week. But things got lean. I went into the office one day and noticed that my marketing assistant looked really down. I asked her if she was alright and if she wanted to go to lunch, my treat.  She said no.  Lunch time came, I walked by her again and I could feel her pain, I asked again. “My treat, I’m putting it all on credit card and I don’t plan on paying this off. They’re going to have to chase me down. Ha.”  She thanked me again but declined. Two weeks later, Friday afternoon, we had an all hands on deck meeting so that the company could touch their sales reps and let them know they cared.  In that meeting, my marketing assistant stood up and said, “You know what, you all talk about how you care about each other but you don’t. I want to thank one person, Kareem Cook, because the day I realized I had cancer, and it was terminal, he’s the only one who noticed.” I broke down right there, went to my desk, packed my things, went to my boss’ office and told him there was no need for a two week notice. He agreed, we shook hands and I walked out. No job to go to, no prospects, just left.

I slept 16 hours that night. I didn’t realize I was broken down and probably depressed. Got a call from my boy Derek’s dad who had tickets to a Bullets game. I went, that lifted my spirits. Got home and slept another 14 hours. I woke up Sunday and received a call from Debbie Allen. “My brother says you’re the best stepper he’s seen and I’m working on a project and I could use some fresh ideas. Can you be in New York tomorrow to meet me at Sony Studios at 10am.” I told her, “Yeah, I just quit my job two days ago.” *Providence* I drive up 4 hours and get there by 10am and I meet Debbie. She says, “Alright, let’s see what you can do.” I pull out my Kane and put on a one man step show. She put on some music and asks, “What can you do to this?” I just freestyle.  Then she says, “This is great! Can’t wait for you to show Michael when he gets here.” I said Michael who?  She said, “Michael Jackson. Didn’t I tell you I’m choreographing a Michael Jackson concert?” I didn’t know but I had a flashback to being a kid, when my favorite entertainer was Michael Jackson and I knew some day I’d meet him. The other thing I knew was going to happen one day was that I’d be on Wheel of Fortune. That had always been real to me, so when she said that, I just thought “So its time”.  The concert was Micheal Jackson: One Night Only at the Beacon Theater. It was part of a live concert series HBO was producing.

In 2001, Michael Jackson came out with his Invincible album. I’m living in Texas and I get a call from my mother. She says some deep voiced woman named Evvy Tavasci from MJJ Productions called her looking for me. I told her I didn’t know that person, and guessed that MJJ Productions was Michael Jacksons production company. I find the number of the company, finally get to Evvy Tavasci. I tell her who I am and that she just called my mother. She says, “I didn’t call your mother, I don’t even know who you are.”  I try to convince her that I didn’t just make this up but she gets frustrated and bottom lines me. “Listen, I don’t know who you are. Give me your number, I may call back.”  She hangs up. Five minutes later, she calls back. “I have to apologize to you. I didn’t call your mother. Michael Jackson called your mother pretending to be me. He only has that number for you.  He’s going to call you in a few minutes.” My face looked like yours does right now. He calls, “Hey Kane, I’m working on some new material for my new album. Wanted to know if you can come out and spend a week working with me.”  Of course I agreed.  They fly me out and put me up at the Hilton Universal and give me a pager and said he’ll page you when he’s ready. A couple days after being there, I get the page. I come to his room and knock on the door. The door opens seemingly by itself….he’s hiding behind the door. Immediately he gets into catch up mode and then asks, “How’s your mom?” I tell him she’s fine.  He says, “I knooooow. I spoke to her” I play dumb and tell him she never told me they talked.  He covers his mouth sheepishly and  says, “I know.  She didn’t know it was meeeee” And laughs. I worked with him a couple of days and left. I don’t think he ever used any of it. I will say though that, I watched the Michael Jackson This Is It movie a few years ago and when I watched “They Don’t Really Care About Us” (Watch on YouTube) and the a capella stepping in the routine, I couldn’t help but think this looks like someone’s interpretation of what we did back in 95.  I thought Nah. Then I saw it was choreographed and directed by Kenny Ortega…

I’ll talk about Healthy Body Products next entry and Debbie Allen’s role in that company…and how I lived in the dance academy for a year.