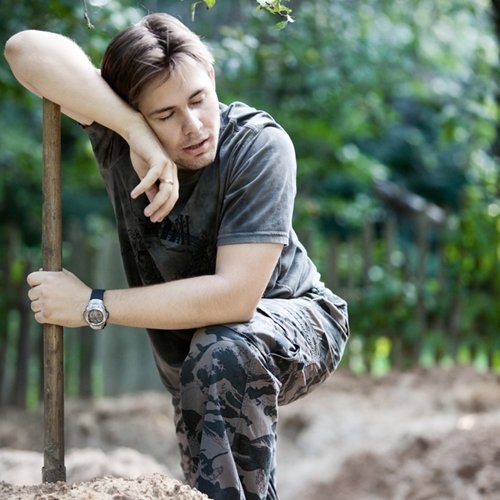 Although its tendencies, symptoms and origins are generally undisclosed, iron deficiency is the most common and widespread nutritional disorder in the world according to the World Health Organization. A deficiency in iron is also linked to a condition known as anaemia, which is when the body does not produce enough red blood cells to provide sufficient amounts of oxygen to body tissues. Developing iron deficiency is generally the result of a recent loss in blood or not receiving enough iron in your diet. These are serious health hazards, and being aware of potential side effects of iron deficiency are crucial in terms of increasing the likelihood of prevention. Here are a few indicators that could possibly be a signal that you are iron deficient:

Fatigue
Feeling tired is generally the biggest sign that you are not receiving enough iron for your body. This is due to not enough oxygen being provided to your muscles, because your red blood cells do not have sufficient levels of iron. If you are frequently finding yourself yawning and nodding off at various hours of the day despite getting an adequate amount of sleep the night before, iron deficiency could be the primary culprit.

Decreased attention span
Another common symptom of iron deficiency is experiencing a lack of focus. Whether at work, school or socializing with friends, low iron levels can trigger an alteration of your neurotransmitters, which are synapses between your brain cells that can impact everything from your reaction time, apathetic emotions, to your attention span. Getting more iron in your body can help assist your ability to concentrate.

Paleness
If you have noticed that your skin is extremely lacking in tan, increasing your time spent laying out in the sun might not be the cure to your problem. When iron levels are low and fewer amounts of oxygen are being provided throughout your body, your skin pigmentation might be one of the first alterations you will notice. Put some color back into your complexion by upping the ante on your iron intake.

Shortness of breath
If you have only gone half way through your typical morning jog and you are already feeling gassed, a depletion in iron might be the primary suspect to point the blame. Another usual side effect of iron deficiency is how your endurance becomes affected, which can produce series of coughing or wheezing fits, especially while exercising.

Sore muscles
Confused because you feel like you spent the last 24 hours practicing extreme weightlifting? A lack of oxygen being supplied to your muscles will definitely lead to your arms and legs feeling extremely overwhelmed. Take back control over your body and find out what you can do to receive the iron you need to keep on going strong.

Great sources of iron
If you are concerned that you might be at risk for iron deficiency, schedule a blood screening test with your doctor today. A few foods to help provide your body with the iron it needs include:

Another terrific source of iron adding two scoops of Naturade Soy-Free Veg to your favorite beverage. Gulping down eight ounces of this soy free protein powder will give your body 40 percent of its daily recommendation for iron.