Soy protein may reduce cholesterol levels for diabetics, too 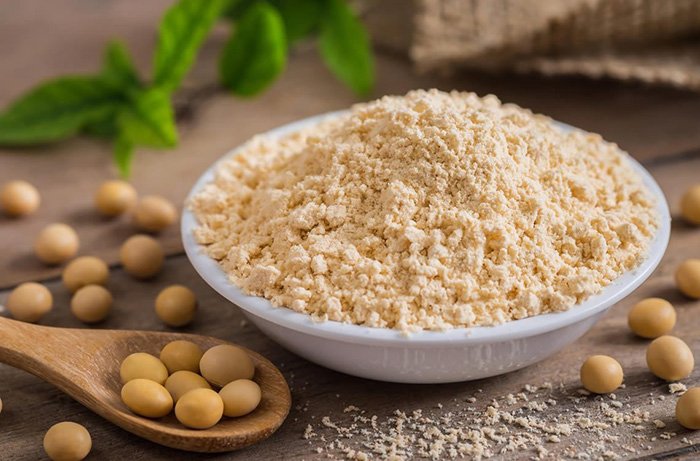 Increased intakes of soy protein may reduce cholesterol levels in people with type-2 diabetes, says a new study that expands on the heart healthy potential of soy.

Consumption of 40 grams of soy protein isolate (SPI) per day for 57 days resulted in significant reductions in both LDL cholesterol and the ratio of LDL to HDL cholesterol, compared to consumption of the same dose of milk protein, according to results published in the Journal of Nutrition.

“This study provides evidence for soy as a dietary preventive strategy for adults with type-2 diabetes to reduce their cardiovascular disease risk and, in so doing, improve their quality, and possibly length, of life,” wrote the researchers, led by Alison Duncan from the University of Guelph.

The association between soy protein and blood lipid levels, led the Food and Drug Administration (FDA) to approve a cardiovascular disease (CVD) reduction claim for soybean protein in 1999.

Hypercholesterolaemia has a long association with many diseases, particularly cardiovascular disease (CVD), the cause of almost 50 per cent of deaths in Europe, and reported to cost the EU economy an estimated €169bn ($202bn) per year.

“This study therefore adds to the literature through its particular emphasis on prevention by studying adults with type-2 diabetes who are free of diabetic complications and not taking glycemic or lipid-lowering mediations,” wrote Duncan and her co-workers.

Dr Duncan and her co-workers recruited 29 type-2 diabetics for their double-blind, randomized, crossover, placebo-controlled intervention study. The participants were assigned to consume a daily dose of soy protein isolate, which also contained 80 mg of aglycone isoflavones, or milk protein isolate for 57 days. At the end of the intervention they underwent a 28 day washout period prior to being crossed over to the other intervention.

The soy (Supra Soy) and milk products used were provided by Solae.

Apolipoprotein B is the main apolipoprotein of LDL cholesterol and is responsible for the transport of cholesterol to tissues. In high concentrations it has been linked to plaque formation in the blood vessels, although the mechanism behind this is not clear.

“The inclusion of apolipoproteins in future soy intervention studies is highly warranted; their relevance to CVD risk is well established and there is a particular emphasis on the apolipoprotein B:apolipoprotein A-I ratio as highly predictive in the evaluation of cardiac risk,” wrote the researchers.

The ratio of total cholesterol to HDL cholesterol, reported to be the most specific lipid risk factor for cardiovascular disease (CVD), was not affected by the intervention, they added.

No changes in HDL cholesterol were noted by the researchers.

“These data demonstrate that consumption of soy protein can modulate some serum lipids in a direction beneficial for CVD risk in adults with type 2 diabetes,” wrote the researchers.