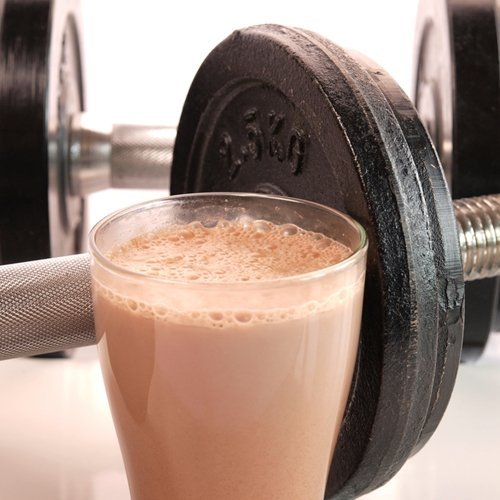 It seems like Americans have only recently caught on to the benefits of soy and the various forms of soy protein, ranging from tempeh to roasted soybeans to soy protein powder. But in Asian countries, soybeans have been a dietary staple for more than 5,000 years, which is where the technique of fermenting the beans for miso, tempeh and tofu was developed. It wasn't until the 1700s that soy was first introduced in Europe, and then in the 1800s it was introduced in the U.S. The first mass cultivation of soybeans in the U.S. began during World War II, and today, the Midwest produces half of the world's soybean crops.

Health benefits of soy protein
Soy has many health benefits. It's high in fiber, which has been shown to be heart healthy because it sticks to cholesterol and keeps it from clogging the arteries. Additionally, soy is unique because unlike animal proteins, it combines the benefits of high fiber and high protein in one small package. Also, soy contains the essential amino acids that are vital for heart and all-around health.

Soy protein shakes
An easy way to incorporate soy into your diet for an on-the-go boost is to make delicious soy protein shakes using Naturade Total Soy Protein in Chocolate or vanilla. Simply mix 2 scoops of the Naturade protein powder with cold water or your favorite beverage, shake or mix it until smooth and you're ready to go, you can also use it as a meal replacement for weight loss. You can also blend Naturade's soy protein into a shake with fruit, oatmeal and other healthy ingredients.