No Comments
11 years ago 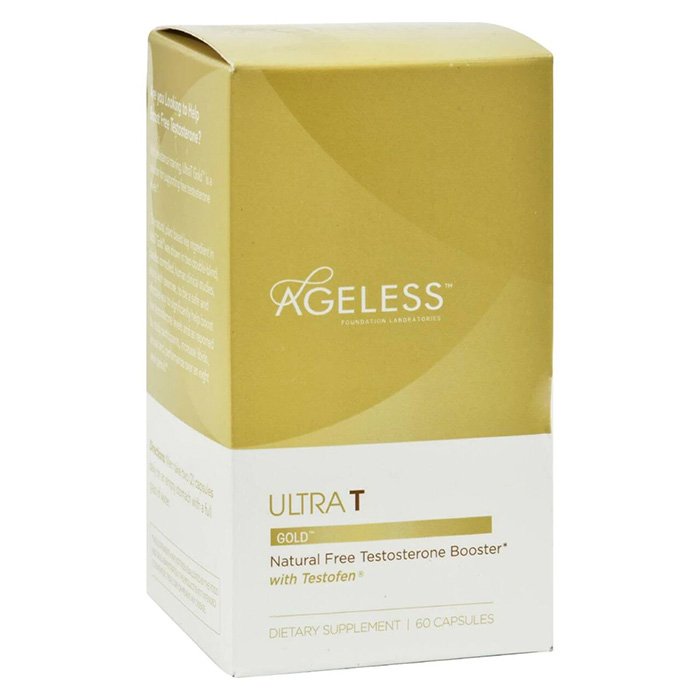 Ultra T Gold™ by Ageless Foundation Laboratories has been formulated based on extensive scientific research and clinical studies. One of the primary ingredients, Testofen®, is an all natural ingredient that has been the subject of two separate, double-blind, placebo controlled studies showing how it increases free testosterone (with exercise) and boosts libido. Ultra T Gold™ also contains a proprietary Male Wellness blend of L-Arginine and beneficial herbs such as Saw Palmetto, Astralagus, Tribulus and Asian Ginseng which support male health and overall well-being.* Below are some of the actual studies behind the ingredients in Ultra T Gold™.

Fenugreek is a well-known herb, containing a variety of compounds as active ingredients. It is an extremely versatile herb with multiple applications. This amazing herb is said to contain more than a 100 phytochemical constituents. Amongst them are a lot of Furostanol Saponins and Steroidal Saponins.

Testofen™ helps promote healthy Testosterone levels. In addition, it seems to act like Testosterone to promote libido. The following are clinical studies done on Testofen™:

This study was conducted in 2008 on 60 healthy men and was placebo-controlled and double-blind. Half of the group took 600mg of Testofen per day and the other half took 600mg of a placebo. Both groups also participated in resistance training exercises throughout the eight week study. The primary findings were as follows:

This study was conducted in 2009 on 60 health adult men and was placebo-controlled and double-blind. Half of the group took 600mg of Testofen per day along with some other basic minerals including Magnesium, Zinc and Vitamin B6 and the other took placebo. This study involved no exercise regimen. The primary findings were as follows:

The results of this study were also published in a peer-reviewed journal, Phytotherapy Research in 2010.

Research on the effectiveness of some of the main nutrients in Ultra T Gold™:

Testofen® and fenusides are a registered trademark of Gencor Nutrients.