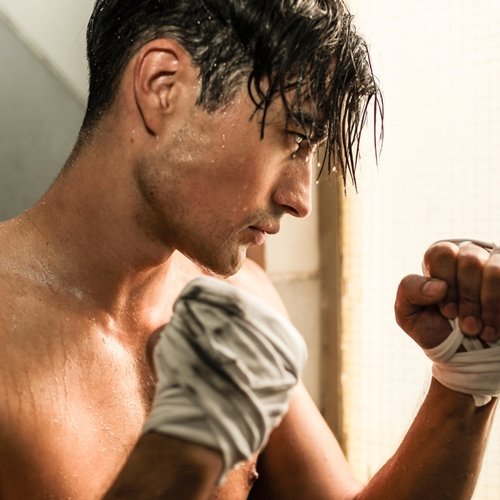 When we think of superstar athletes, we normally tend to envision competitors with bulging biceps and endorsement deals. Vegetarianism is not commonly associated with jocks, but the fact of the matter is that more and more athletes are going vegan or vegetarian while seeing amazing results on the playing field. These athletic powerhouses get all the nutrition they need from tasty fruits, beans and protein powders. Here are just five great athletes who are also vegetarians:

Martina Navratilova
Eighteen Grand Slam singles titles? Check. International Tennis Hall of Fame member? Check. Oh, and she is also a vocal supporter of animal rights and a vegetarian. The Czechoslovak tennis legend turned pro at the age of 19 in 1975 and dominated the field for more than 20 years. Navratilova has been very passionate about animal rights, appearing in numerous PETA advertisements throughout the years. She's been labeled by sports magazines as the greatest female tennis player of all time. All the while, Martina has been a vegetarian.

Carl Lewis
Crowned the "Olympian of the Century" by Sports Illustrated, track and field icon Carl Lewis credits his record breaking performance at the 1991 World Championships to his adoption of a vegan diet. Lewis has won ten Olympic medals, nine of them gold, which has him tied for second in all-time Olympic gold medals won by any athlete. Lewis's domination lasted for more than a decade: he conquered world records in sprinting and high jump, while being a vegan since 1990.

Tony Gonzalez
In 2008, NFL player Tony Gonzalez signed a new deal with the Kansas City Chiefs that made him the highest paid tight end in the entire league. He celebrated his payday by switching to an all-vegan diet, something that many men with his physique and physical demand could not fathom. The result was becoming the all-time leader in receiving yards and touchdown receptions for a tight end in the NFL. Gonzalez proudly campaigns for animal rights with PETA and he is a great example of how you don't have to be beefed up to be brawny.

Jake Shields
While he's known for being a physical menace and tyrant in the ring, mixed martial arts fighter Jake Shields has a soft spot for animals. The wrestling and MMA champion has been a lifelong vegetarian and proudly displayed his dietary habits on a poster for PETA that stated, "I'm living proof that you can run further, train harder and pack a meaner punch without eating animals."

Dave Scott
Triathlete Dave Scott is living proof that you don't have to eat animals to be a true iron man. Scott is tied for the record of most Ironman Triathlon gold medals with six, and animals have not been part of his regimen throughout his long career of swimming, cycling and running. If you are unaware of what exactly the Ironman Triathlon consists of, it's a brutal 2.4-mile swim, 112-mile bike ride and a 26.2-mile marathon run. No animals were harmed in the making of Scott's legendary gold medal run.

Benefits of a vegetarian athlete
Ditching the red meat in favor of savory veggies can still provide the proper nutrients and minerals you need to maintain your athleticism. Veggie burgers, tofu, beans and nuts are just a few of the foods that can offer a meal packed with protein. Vegetarian foods are abundant in complex carbohydrates, which are essential for nourishing your muscles with energy after a hard workout. According to the American Diabetic Association, becoming a vegetarian will lower your risk for the following:

These athletes are living proof that cutting out the meat in your diet doesn't mean sacrificing results. Try going vegetarian today and start living healthier.